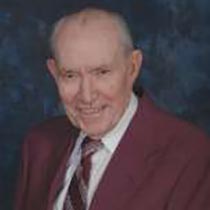 He is survived by his beloved wife of 66 years, Roma Snidow Collins, of Pembroke and was a devoted father to two children, Dale Steven Collins, husband of Sheila Riggs Collins, of Pembroke and Brenda Collins Williams, wife of Bruce Dewayne Williams, of Pearisburg. He has 3 grandchildren, Sara Elizabeth Collins of Pembroke, Amber Dawn Williams of Roanoke and Hannah Nicole Williams of Pearisburg. He was preceded in death by 2 brothers, Conrad Kelley Collins and Lawrence Wayne Collins, and 1 sister, Talma Collins Furrow, all of Christiansburg. He is survived by 1 sister, Edna Collins Lawson and husband, Allen Lawson, of Christiansburg.

Dale graduated from Virginia Tech with a BS degree in Business, later receiving his teaching certification, and worked for 30 years as a dedicated high school teacher at Giles High School, before retiring in 1988. One of his greatest loves, aside from his family and students, was the beautiful mountains and steams of Giles County, his lifetime home, where he spent much of his time hiking, camping, fishing and canoeing on the New River. He also had many hobbies and interests to include archeology, geology, paleontology, wood carving and local history, which he loved to share with anyone who was interested.

Funeral services will be conducted Friday, January 19, 2018, at 12:00 noon in the Kendall Funeral Home, 605 Snidow St., Pembroke with Pastor Lane Spigener officiating, burial following in the Birchlawn Burial Park, Pearisburg. The family will receive friends at the funeral home one hour before the service. Online condolences may be sent by visiting kendallfuneralhome.com.