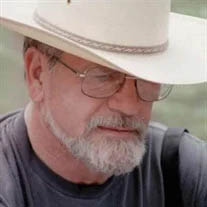 David Lynn Collins, 77 of Christiansburg, passed away surrounded by his loving family on Friday, August 12, 2022, after a courageous 13-year battle with cancer. He was born in Alton, West Virginia on January 27, 1945, to the Rev. Manley O. Collins and Wanoka Jane Morrison. He was preceded in death by his parents and by two sisters, Deloris Cain and Darlene Scott.

Dave was a wonderful husband, father, grandfather, and friend. He grew up in small towns in West Virginia, the son of an Evangelical United Brethren minister. He spent most of his youth playing sports, being an avid outdoorsman, and getting into mischief with his five brothers and sisters. The stories are legendary!

The lessons of his youth became the foundation for the rest of his life: face life with absolute honesty, family comes first, and nothing is so bad it can’t be solved by going fishing.

Dave graduated from Bridgeport High School in 1962. He attended Fairmont State College and graduated with a BA in Education in 1967. He was enjoying his first-year teaching when he was drafted right out of the classroom and subsequently found himself in Vietnam. When he returned Stateside, he took a class at West Virginia University where he met his future wife, Katy Myers. They knew each other one month, got married in his dad’s church with his dad officiating and stayed married for 53 years. I guess he knew a good thing when he saw it.

After teaching a couple more years, Dave returned to WVU and earned a degree in Forestry. The rest of his career was spent being a U.S. Forester, District Ranger, forest fire fighter, and disaster responder. He retired from the Supervisor’s Office in Roanoke. Forestry was what he was made for, and he loved it all.

He was a member of Auburn United Methodist Church in Riner, VA where a Memorial Service will be held for him on Saturday, September 24, 2022, at 3 p.m. with Pastor Knox Wimberly and Pastor Mike Sanborn officiating. Please come and help us to celebrate a life well lived.