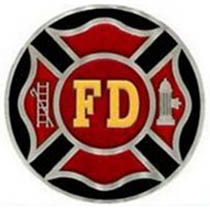 He was born January 13, 1951, in Pearisburg, Va., a son of the late James Walter Colley Sr. and Clara Arwood Colley. Mr. Colley was of Baptist faith, a former volunteer fire fighter in Dublin, Va., and was doing a special project refinishing his 1969 Chevy Chevelle and loved all his animals.

A service to celebrate the life of Mr. Colley will be held 7 p.m. on Thursday, September 25, 2008, at the Chapel of Lancaster Funeral Home with the Rev. Miriam Mick and the Rev. Russell Morrison officiating.

The family will receive friends from 6 until 6:45 p.m. on Thursday, September 25, 2008, at Lancaster Funeral Home. Memorial contributions may be made to Agape Hospice of Rock Hill and Lancaster, 2115 Ebenezer Road, Rock Hill, S.C. 29732. Notes to the family may be made by visiting www.lancasterfuneralhome.com. Lancaster Funeral Home and Cremation Service is serving the family of Mr. Colley.