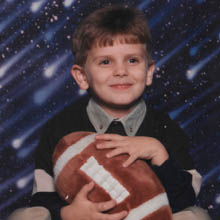 Michael Allen Cole, age 25, passed away on Friday, August 31, 2018 surrounded by his mother, step-father and sister. Michael was a beloved son, brother and uncle. He will be deeply missed. He is the son of the late Paul Anthony Cole.

He is survived by his mother, Pamela Troxel; step-father, James T. Troxel; brothers, Jason and Erica Whetsel and their son Samual Whetsel, Cody Maxey and his daughter, Chasely Maxey; sister, Niycoka and Jonathan Friend and their children, Holdien Sheppard and Olivia Leeson.

No services will be held at this time.