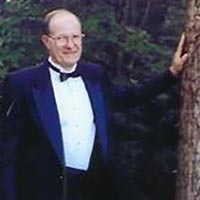 Homer Ronald “Ronnie” Coake, age 75 of Draper, left this world to be with his Heavenly Father on Wednesday January 22, 2020. He was born on September 27, 1944 in Wythe County, and was the son of the late Nellie Fowler Coake and Homer Lawrence Coake.

Ronnie graduated from Fort Chiswell High School in 1962. In 1970 he received a degree in Civil Engineering from Virginia Tech. Upon graduation, he went to work in Charlottesville, VA for (EPA) Environmental Protection Agency. He later returned to Southwest Virginia to become the engineer for the town of Pulaski, and later became the Town Manager. After many years with the town, Ronnie worked for Pulaski County as a civil engineer and retired in 2011.

Ronnie attended Max Creek Baptist Church. Ronnie’s greatest gift in life, was the unconditional love he had for his children, grandchildren and great-grandson, also his extended family. His grandchildren called him “Poppy”.

Flowers will be appreciated, but if you prefer, donations can be made to the Max Creek Baptist Church 3000 Old Route 100 Road Draper, VA 24324 or to the Draper Community Park 60 Third Street, N.W. Pulaski, Virginia 24301 in care of Carol Smith.