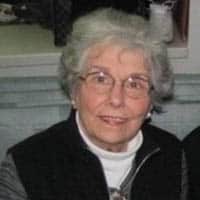 Christine “Suzi” Chacona Clinger died peacefully at home surrounded by her family on Wednesday, December 22nd. She was born on October 20, 1934, in Franklin, PA.

She and her late husband, Richard, made a life in Floyd, VA, where they bought Floyd Pharmacy in 1972 and ran it for thirty years. She was an artist and was one of the original founders of The Old Church Gallery. Her Faith in God the Father, Christ our Redeemer, and the Holy Spirit our Comforter was unshakable.

A private graveside service will be held at the Clinger family cemetery on Sunday, December 26th.

In lieu of flowers, donations may be made to Medical Charities of Floyd County, Virginia, Inc.