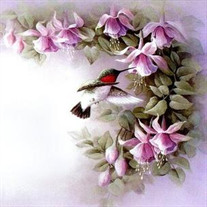 Born September 13, 1921 in Jackson County, N.C., she was the daughter of the late Mary Pearl Broom Bryson and William Wadsworth Bryson. Mrs. Cline was a member of the Memorial Baptist Church in Pulaski, Va. In addition to her parents, she was preceded in death by her husband, Adam Russell Cline, and a brother, Denver Talmage Bryson.

Funeral services will be held Monday April 3, 2006 at 2:00 p.m. at Seagle Funeral Home. Visiting will be from 12 Noon at the funeral home until service time. Memorials may be made to the Memorial Baptist Church P.O. Box 21 Pulaski, Va. 24301.