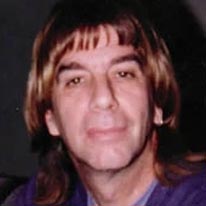 Ronald Stephen Clifford, 65, of Blacksburg, died quietly at home on June 29, 2014. He was born March 10, 1949 in Arlington, VA, to the late Huguette Mottern and Howard Maxwell Clifford.

He is survived by his wife, Lana Juarez of Blacksburg, VA, his son, Dustin Jagger Clifford of Charlotte, NC, his daughter, Kathryn Louise Clifford of Naples, FL, sister-in-law Juanita Juarez Taylor, and brother-in-law, William Michael Taylor, of Richfield, OH, and brother, William Lelaikes of Oregon, and hundreds of loving friends. Ronny attended Bishop Dennis J. O’Connell High School in Arlington, VA. He then served in the U.S. Navy. He went into the restaurant business at locations across the East Coast, always landing back in Blacksburg. He had the reputation as the “Best Bartender in Town” wherever he served. Whenever possible, he loved to “Hunt Stripers”, or any other fish that would bite the hook. Ronny was in the heart of the Blacksburg music scene from the 1970’s into the New Millennium. He is best remembered here as a colorful and talented musician, for his extensive charitable work, for his unending wit, bad jokes, big heart, and for having mentored all who know him. He will be sorely missed.