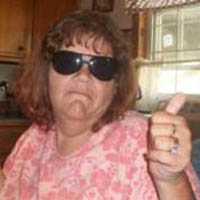 She had been employed at Virginia Tech and Hawthorne Suites in Blacksburg.

She was preceded in death by her parents, and her brothers Luther Jr., Michael Craig, and David Lee Phillips.

She leaves to cherish her memory her husband Thomas Jefferson Clemons, Sr.; her sons and daughters-in-law TJ and Sierra Clemons of Pearisburg, Christopher Clemons and his fiancé Ashley of Pulaski, Brandon Lee Clemons of Lynchburg; her grandchildren Johnathon, Addison, Ashlyn, Gunner, Abbie, and Austin; her sisters Angie Carter of Gastonia, NC and Kimberly Mounts of Richlands.

Funeral services will be conducted Wednesday at 11:00 am in the Kendall Funeral Home, 605 Snidow St., Pembroke with burial following in Birchlawn Burial Park in Pearisburg. The family will receive friends at the funeral home Tuesday evening from 6 until 8 pm.