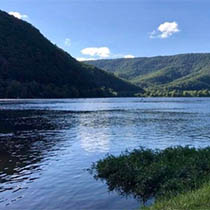 Wilmer (Buddy) Richard Clement, of Radford, passed away Sunday, March 23, 2008. He was owner and operator of Clement Oil Company.

Mr. Clement was born October 4, 1928, the son of the late John and Estelle Clement of Radford. He was preceded in death by two brothers, John Lewis Clement and Robert A. Clement; and a sister, Ernestine Gibson.