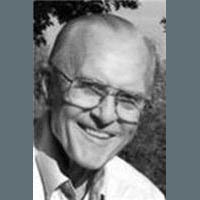 He also was a literacy volunteer and had the privilege of being a puppy raiser for St. Francis Service Dogs. We were all quite proud to see his service dog, Midas, graduate and be assigned to a partner. Dogs truly were Bill’s best friend since age five. He anticipated that there will be dogs waiting in heaven to have their heads scratched and receive high value treats.

Blood infusions were a constant part of Bill’s life in his later years. The family welcomes others in joining them in “giving back” by donating blood regularly, if able, or making a financial donation to the American Red Cross.

In lieu of flowers, donations can also be made in Bill’s name to Saint Francis Service Dogs, PO Box 19538, Roanoke, VA 24019 or at www.saintfancisdogs.org.