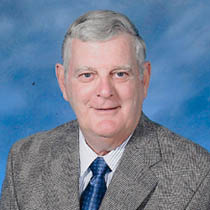 He was also preceded in death by three sisters, Dorothy Cronin, Mary Gula, Marguerite Clark. He retired from Western Electric/ AT&T after 35 years of service. Mr. Clark then started his second career at The Hill in Blacksburg, The Meadows, Christiansburg, and at The River Course, Fairlawn, Va. Bob never met a stranger. Sometimes referred to as “Whistling Bob”, he enjoyed many pastimes including music, golf, fishing, and in later years, the challenge of the computer age.