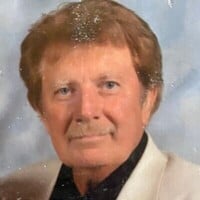 Don (Superman) Clark (that’s what his kidney doctors called him) always tried to excel at life and strove to be the best that he could be. He “worked out” every day, tried to stick with a healthy diet, had exemplary work ethics and was never, through his years of working at Virginia Tech, then at New River Community College, late for work. He was a devoted Christian and was faithful in starting each day as he would be driving to work, etc., with a morning prayer, thanking God for blessings and asking Him to watch over his family and friends.

He was a friend to everyone he met ~ strangers would tell him their problems. He liked helping people and encouraging them.

He was a husband to Barbara for 53 years, a father to Sarah, whom he adored, and a grandfather to Tripp, the light of his life. He loved and provided well for his family. He also had many animals through the years. He just loved Tripp’s German Shepherd, Diesel and the family cat Boo-Boo. He will surely be missed by all.

Through the years, he was an avid hunter. He loved being high up in the mountains. He said being alone in the woods, enjoying the peace and quiet of nature refreshed his soul. In later years, when his legs weren’t as strong, he would look up at a mountain and say, “I used to just take off and climb to the top of that mountain!” He was always so strong, until the past couple of years when he developed problems from inherited polycystic kidneys and had to resort to dialysis. Most people are tired after treatments, but not Superman Don. He didn’t let that get him down but would go for treatment at 5:30 in the morning for three hours, then either go on to a full day of work, or lately, would come home, rest a bit, then go to work for the evening shift until 11:00 PM. He looked forward to going to work at NRCC and so enjoyed chatting with all the friends he’d made there.

Don loved traveling as well. He and Barbara went on several cruises through the years, twice to Alaska, his favorite. He was able to visit Europe and was fascinated by Germany. He was not crazy about flying though and after landing in Germany, wanted to kiss the ground. Soon his brother-in-law picked everyone up in a van and off they went on the Autobahn at 100 mph! Lots of exciting life experiences.

There will be a Memorial Service in the Kendall Funeral Home Chapel in Pembroke, Va. on Sunday, March 13, 2022. Visitation will be at 2:00 PM with the service at 3:00 PM. Pastors Lee Ellison and Eddie Kendall will officiate. Don’s ashes will be scattered on the family farm at a later date by the family.

A guestbook will be available to sign by visiting www.kendallfuneralhome.com and do remember the time change this weekend. The staff of Kendall Funeral Home are honored to serve the Clark Family.

Go Rest High On That Mountain ~ Your work on Earth is done.