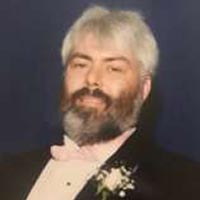 David Lee Clark, 63, of Riverbend Drive in Pearisburg, departed this life Sunday, August 12, 2018 at his home. Born in Pearisburg on November 28, 1954 he was a son of the late William D. and Alabama Comer Clark.

David was a 1974 graduate of Giles High School, was retired from the Celanese Plant in Narrows with over thirty years service, and enjoyed being a sportsman and gun collecting.

He leaves to cherish his memory his sons and daughter-in-law Branden Clark of Pearisburg and Jason and Marlena Clark of Pearisburg; his daughters and sons-in-law Debra and Tim Merrix of Christiansburg, Heather and Colin Munsey of Pearisburg, Kimberly Clark of Christiansburg; his brother and sister-in-law Doug and Judy Clark of Danville; his ten grandchildren Caleb, Lindsey, Christopher, Gabrielle, Kyle, Dylan, Jake, Luke, Logan, and Shane; his nine great-grandchildren Maycee, Gracelynn, London, Carter, Jaxson, Emmerson, Kylee, James and Lyla; and several beloved nieces and nephews and great-nieces and great-nephews.

Memorial services will be conducted Thursday evening at 7:00 pm in the Kendall Funeral Home, 605 Snidow St., Pembroke. The family will receive friends at the funeral Home from 6 until 7 pm before the services. Online condolences may be sent by visiting kendallfuneralhome.com