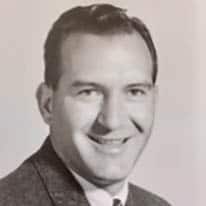 Bobby Reginald “Reggie” Clark, age 87, of Copper Hill, Virginia, passed peacefully from this earth on October 21, 2021. He was born in the mountains of Avery County, NC, to Lester and Owana Vance Clark on January 14, 1934.

He was preceded in death by his parents, along with brothers, Steve and Gary, sister, Vivien Phillips, son, David King, daughter, Carolyn Kidd, and grandson Earl Kidd.

After serving in the military, Reggie came to Floyd County to teach at Check High School in 1958. It was there that he met his future bride serving in the lunch line. He later had stints teaching at Hillsville High School, Lee and Stonewall Jackson Junior High schools, and Check Elementary School. In the mid 1970’s Reggie started Clark’s Hilltop Nursery. Since that time, hundreds of thousands of his Fraser Fir Christmas trees have graced homes during the holiday season.

Reggie took great pride in being a founding member of both Great Oaks Country Club and Floyd County Recreation Department. An avid golfer (he recorded 23 hole-in-ones), Reggie won many local and state events, including the Roanoke Valley Senior Amateur, and then the Virginia State Golf Association Super Senior title.

Funeral arrangements are being held at Gardner Funeral Home in Floyd. Visitation is scheduled for Tuesday, October 26, 2021, from 5-7pm, with the funeral services on Wednesday October 27, 2021, at 11am, at Stonewall United Methodist Church. Interment will follow in Stonewall Cemetery.

In lieu of flowers, the family request that donations be made to the America Diabetes Association or the America Kidney Foundation.