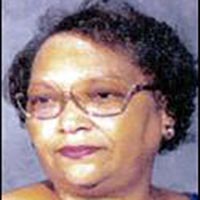 Gwendolyn Yvonne Churchwell, 71, of Radford, Virginia., departed this life on Tuesday, Sept. 18, 2007 at the Carilion New River Valley Medical Center, Christians-burg, Virginia., after a long illness. She was born on Jan. 21, 1936 in Iaeger, West Virginia. The daughter of the late Gorrell and Gladys Webster.

Funeral services will be held on Saturday, Sept. 22, 2007 at 1:00 p.m. at Restlawn Memorial Gardens Mausoleum, Bluewell, West Virginia. The family will receive friends from 12:00 noon until 1:00 p.m. at the Mausoleum. The Reverend Hiawatha Spraggins, son, will officiate assisted by the Reverend James Sherman, the Rev. James Crozier and the Rev. Ronald Dyer. Funeral arrangements entrusted to Penn’s Funeral Home, Pulaski, Virginia.