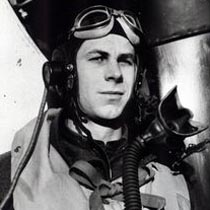 Robert Clayton Church, retired professor and Horse Extension Specialist, died on April 13, 2016. He was 93. Bob and his wife Frances (White) made their retirement home in Shawsville, Va. where they enjoyed living in the Blue Ridge Mountains.

Bob was born in the United States but grew up in Ontario, Canada where his family owned farms and businesses between Canada and the U.S. After graduating high school he joined the Royal Canadian Air Force during World War II, where he served as a fighter pilot from 1941 – 1943. While stationed with the British forces he transferred to the U.S. Army Air Force Eagle Squadron into the famed 4th Fighter Group. Captain Church received the USAAF Distinguished Flying Cross with oak leaf clusters, the Air Medal with three oak leaf clusters, and the EAME with four bronze stars. His tour of duty ended in 1945.

Bob went on to earn degrees in animal husbandry from the University of Massachusetts and animal breeding and genetics form Montana State University. In 1956 he began an extension career with the Pennsylvania State University Cooperative Extension Service. In 1966 Bob joined the faculty of the Animal Industries Department at the University of Connecticut and served until his retirement in 1982. Bob was a skilled wood and leather carver, building saddles, wallets, belts, and pocketbooks for family and friends.

A private memorial will be held for family and close friends in Montana at a later date. Donations may be made in Bob’s name to the Alzheimer’s Association at www.alz.org. Online condolences for the family may be left at www.hornefuneralservice.com.