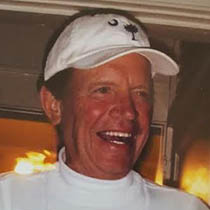 Tommy graduated from Radford High School where he played football, sang in the RHS chorus and All-State chorus. Tommy then attended Ferrum College and graduated from Emory & Henry College in 1970 with a degree in Economics. He served in the United States Army Reserves for 6 years. After college, he worked at Virginia Tech as an Assistant Personnel Director.

When a job offer came from the State of Virginia’s Personnel Department entailing a move to Richmond he opted instead to buy the family business in Radford, Chris’ Catering, thus allowing his parents, Ruth and Chris, to retire. Under Tommy’s leadership the restaurant and catering service became hugely successful, ultimately being awarded “Best Catering Service” in the Roanoke and New River Valleys. 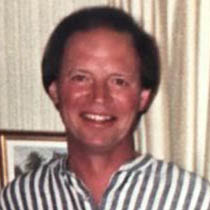 Tommy sought a warmer climate when he moved to the Charleston, S.C. suburb of Goose Creek. He continued managing food services in major universities across the state. Seeking a change, Tommy was hired by the United States Office of Personnel Management (OPM) and its investigative successor, the United States Investigative Services (USIS). Here Tommy did research and background checks for security clearances for key positions.

At the age of 58, he was able to retire and enjoy the South Carolina weather and his golf buddies at the “Oaks”. When his health declined, his friends remained steadfast in their support for “TC”, ever helping him when necessary. Through his declining health Tommy was able to maintain his wonderful sense of humor.

He was a loyal Hokie fan, enjoyed country music, and dressing well. His love of family was manifest in his decision to remain in Radford, caring for Ruth and Chris until their deaths. The Christian siblings have always been close and they had gathered for their annual family Christmas one week before Tommy’s death. In his 68 years, Tommy never once missed a Christmas with the family, nor most other family gatherings.

Tommy leaves his sisters, Gayle Christian, Diane Christian, Vicki Rhodes and Penny Christian; his brother, Patrick Christian; as well as two brothers-in-law; one sister-in-law; and eight nephews and nieces. Ever quick with a smile, a humorous remark, a simple act of kindness or generosity, our brother Tommy will be cherished and deeply missed.

There will be a Memorial Gathering at Preston’s on the River on Saturday, January 28, 2017 at 2 p.m. All who knew and loved him are invited.