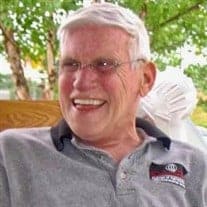 Jerry A. Cherry of Dayton, Texas and Christiansburg, Virginia passed away on December 4, 2021. Jerry was born in February 1942 in Dayton, Texas and was predeceased by his parents, Arthur T. “Buddy” Cherry and Lillie Mae Holt Cherry.

Jerry and Linda have divided their time between Christiansburg, Virginia, Athens, Georgia, and Dayton, Texas since their retirement.

Dress is casual, please. Another memorial service will be held in Dayton, Texas on a 2022 date to be determined.

In lieu of flowers, you may donate in Jerry’s memory to St. Jude’s Research Hospital in Memphis, Tennessee https://www.stjude.org/donate/donate-to-st-jude.html