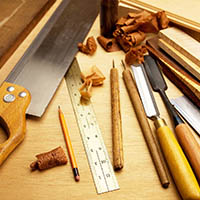 He was an electrician following graduation from Coyne Electrical School in Chicago, Ill. He worked most of his life in and around the Pittsburgh, Pa. area. After retirement, he kept busy helping others and doing intricate hand woodworking. He will always be remembered by his willingness to help anyone in need and to do it with a smile on his face.

He was a longtime member of The First United Methodist Church of Narrows and the International Brotherhood of Electrical Workers of Knoxville, Tenn. Along with his accomplishments, his personality spoke volumes about the great man he was.

Funeral services will be held Monday, September 28, 2009, at 1 p.m. at First United Methodist Church in Narrows with the Rev. Chris Brown officiating. Burial will follow in Fairview Cemetery in Narrows. The family will receive friends at Riffe’s Funeral Service Sunday from 6 to 8 p.m. The family requests that those sending memorial contributions, please consider the Giles County Relay For Life to benefit the American Cancer Society. Online condolence messages to the family can be sent to www.riffes.com.