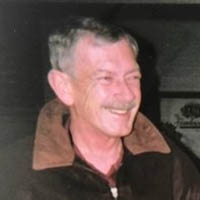 Michael David Cecil, age 68, formerly of Salem, Va., passed away peacefully on Friday, February 5, 2021, at home in Snowville, Va. (now Hiwassee), with his first wife, Nancy Cecil, at his side. Mike was surrounded and supported by his family, and Carilion Clinic Hospice caregivers in the final six months of his life.

Mike was born on December 24, 1952 in San Antonio, Texas, to the late Jason D. Cecil, and Lena Louise Dunagan Cecil, of Pulaski County, Va. He was preceded in death by his father, and sister, Linda C. Ward (John). He was also predeceased by a host of aunts and uncles.

He is survived by his mother, Louise; and sister, Debbie (Allen) Cobb, all of Wilmington, N.C. His uncle, Robert (Arlene) Cecil, of Christiansburg, Va., also survives, as do his second wife, Joy; third wife, Bonnie; and cherished stepgrandson, Corey Powers.

Mike was a proud veteran of the United States Army, having served as a paratrooper in the 82nd Airborne Division, at Fort Bragg, N.C. He later served in the 116th Infantry Regiment of the Virginia Army National Guard.

After high school at Glenvar High in Salem and his military service, Mike worked for several grocers, but primarily with Food Lion in the Roanoke and Salem area. His very first grocery-related job was with the Apgar family owned Sunset Service Center, in Elliston, Va. The Apgar family members remained life-long friends.

Mike enjoyed playing golf, going to car shows, and in his later years, watching wildlife and birds on the side porch in Snowville.

A graveside service will be held on Tuesday, February 9, 2021, at 1 p.m., at Cecil’s Chapel United Methodist Church, on Cecil’s Chapel Road, Hiwassee. Due to Covid-19 safety concerns, there will be no visitation.

The family is deeply grateful for the committed care provided by his Hospice team. In lieu of flowers, memorials may be made to Carilion Clinic Hospice New River Valley, 701 Randolph Street, Suite 110, Radford, VA 24141-2429.

A Celebration of Life will be held later this year, in warmer weather.