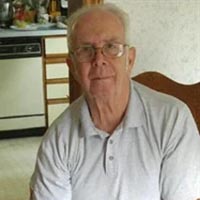 On the morning of September 9, 2020, Bill Robert Caulford passed away at Carilion New River Valley Medical Center. Bill was born in 1946 in St. Pierce, Florida. He spent his childhood in Oxford, Connecticut and Randolph, Vermont.

Bill was known for his commitment to family and friends and his strong work ethic. When not attending to his family’s needs or working, Bill would enjoy his time fishing and hunting.

He was preceded in death by his parents, Frank A. and Ruth B. Baggs of Williamsburg, Virginia. Bill is survived by his daughter, Elizabeth [Rickey] Graves and grandchildren, Jack and Emily Graves of Shawsville, Virginia.

A graveside service will be held at The Southwest Virginia Veterans Cemetery in Dublin, Virginia on Friday, October 2, 2020 at 2:30 pm.