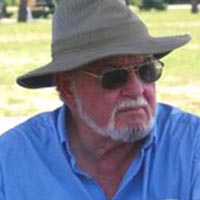 Pete D Castelli, Jr., of Riner, died Monday, August 3, 2015 at Skyline Nursing Home following a short but rapid onset of Alzheimer’s. He was a native of Logan, West Virginia born on April 3, 1935, to Pete Castelli Sr. and Susan Premo Castelli.

He worked as a sales manager for Hokie Honda for many years, until his retirement. He was an avid fisherman and enjoyed hunting, playing cards, family reunions and living in the country in Riner.

Pete is survived by his son Pete Castelli III, and daughter Julie Castelli.

The Castelli family is in the care of Mullins Funeral Home & Crematory in Radford Va.