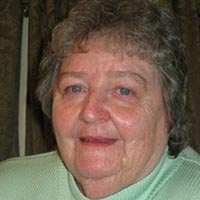 Mary Jacqueline White Carter, 79 of Pearisburg went to be with the Lord on Sunday, July 8, 2018 at her home. Mary was born on July 26, 1938 in Princeton, WV and was a daughter of the late Carl Allan White and Anna Elizabeth Elmore White. Besides her parents, she was preceded in death by one grandson and one great grandson.

Mary was a member of Riverview Baptist Church in Ripplemead and she was employed at Anna’s Restaurant in Narrows where she loved to cook for over 15 years.

Funeral services will be conducted Tuesday, July 10, 2018 at 11am at the Givens Funeral Chapel in Pearisburg with Pastor Terry Easter officiating with burial following in the Birchlawn Burial Park in Pearisburg. The family will receive friends at Givens Funeral Home one hour before the service. Online condolences can be sent to the family at givensfuneralhome.com.