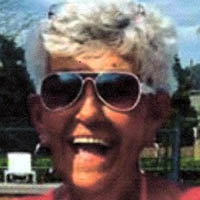 Judith Ann (Judy) Johnston Carter, 82 of Pearisburg, VA passed away Friday, June 19th, 2020 at Carilion Giles Community Hospital in Pearisburg. She was born on March 14, 1938 in Bluefield, WV and was the daughter of the late Herbert Scott Johnston and Evelyn Ruth Lipes Johnston. Besides her parents, she was preceded in death by her husband, Ret. Lt. Col. Stafford Ray Carter.

Judy was employed by the Bank of Graham, St. Luke’s Hospital, and Asphalt Industries. Most recently, she enjoyed her volunteer work as pool manager at the Giles Country Club where she “adopted” each of her lifeguards. She was also a long-time member of the Pearisburg Presbyterian Church.

Judy will be interred at a private service at Monte Vista Cemetery, Princeton, WV. A celebration of life is planned for a later time.

In lieu of flowers, those wishing to make a donation may do so at the American Heart Association, the American Cancer Society or a charity of your choice. Online condolences can be sent to the family at givensfuneralhome.com.