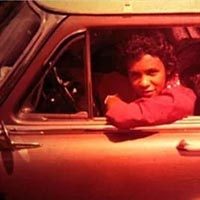 Ivory Wiley Carter, 76, of Christiansburg went to be with the Lord on Friday, November 22, 2019. Ivory was born on August 19, 1943 to the late Garnett Harry Wiley and Helen Lucille Wiley.

Ivory had a big passion for cats as well as wrestling. Her family was the most important thing to her and often times she would bring them up in a conversation she would have with a friend. Ivory will be greatly missed by her family.