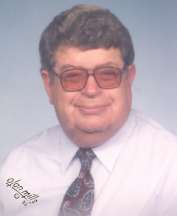 Dr. Fletcher Fairwick Carter, of Radford, died on February 22, 2014, at the age of 84. Dr. Carter was born in Bagdad, Florida, the youngest child of Ollie Martin and Florence Carter. He was preceded in death by his parents; brothers, Winston and Martin Carter; and sister, Margaret Conover.

He is survived by his beloved wife, Dr. Edith Houston Carter; and numerous nieces and nephews. Dr. Carter served as a U. S. Army officer in Korea and Japan from 1952 to 1954, and in the Reserve until 1963. He held a Ph. D. in Higher Education Administration from Florida State University and worked in various capacities in higher education, both as a teacher and in educational research and statistics. He was the Director of Institutional Research at Radford University for over 30 years. After his retirement from Radford, he served as a statistician for Roanoke City Schools. He also served as Chairman of the Radford City Library Board. He was an active affiliate of Old Brick Presbyterian Church, was an accomplished musician, an avid reader, and enjoyed traveling and cooking gourmet meals for his and Edith’s many friends.

Visitation will be Wednesday, February 26, 2014, at 5 p.m. at Horne Funeral Home. A memorial service will be held at 6 p.m. and will be immediately followed by a reception, all at the same location. In lieu of flowers, the family suggests a donation to the Old Brick Presbyterian Church, 406 Rock Road, Radford, VA 24141, or a gift to the Montgomery (VA) County Humane Society, 1183 Flanagan Drive, Christiansburg, VA 24073.