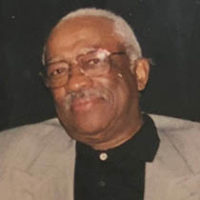 Eddie Carter, 88, of Pulaski, passed away Sunday, March 18, 2018. He was a member of Randolph Avenue United Methodist Church and was retired from the Radford Army Ammunitions Plant. He was a U. S. Army veteran.

The Carter family will receive friends from 11 until 11:30 a.m. on Friday, March 23, 2018 at the Randolph Avenue United Methodist Church, 1607 Randolph Ave., in Pulaski. Memorial services will begin at 11:30 a.m. with Rev. Dr. Sharon Black officiating. Graveside services with full military honors will follow at 1:30 p.m. at the Southwest Virginia Veterans Cemetery in Dublin.

The Carter family is in the care of Mullins Funeral Home & Crematory in Radford, Virginia. www.mullinsfuneralhome.com