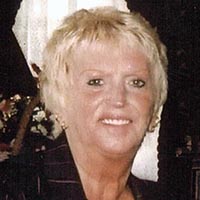 Beatrice B. Carter, age 77, passed away on Tuesday, December 22, 2020, at the CAMC Hospital in Charleston, WV. Born October 2, 1943, in Narrows, VA, she was the daughter of the late Elmer Arland and Minnie Belle Ratcliffe Fleeman.

Beatrice was a homemaker who enjoyed working with flowers. She was a beloved mother, grandmother, and sister.

Funeral services will be held at 1:00PM on Saturday, December 26, 2020, at the Broyles-Shrewsbury Funeral Home Chapel in Peterstown, WV. Burial will follow at Birchlawn Burial Park in Pearisburg, VA. Visitation will be from 12:00PM until time of services on Saturday at the funeral home.

Due to the regulations associated with COVID-19 and the WV Governor’s mandate, those attending the funeral services and visitation shall wear a mask and practice social distancing. Online guestbook can be signed or condolences may be sent to the family at www.broyles-shrewsbury.com. Arrangements by Broyles-Shrewsbury Funeral Home, Peterstown, WV.