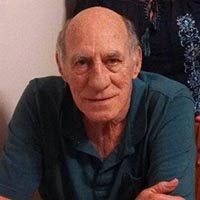 Alvin Curtis Carter, 82 of Pearisburg, VA went to be with the Lord on Wednesday, June 19, 2019 at Carillion Giles Community Hospital in Pearisburg under the care of Good Samaritan Hospice. Mr. Carter was born on May 7, 1937 in Athens, WV and was a son of the late Frank B. Carter and Vada Mae Blankenship Carter. Besides his parents, he was preceded in death by his wife of 62 years, Jackie Carter, one grandson, Michael Carter and one great grandson, Rylan Harden and two sisters.

Curtis was a member of the Riverview Baptist Church in Ripplemead for 39 years and retired from Sears as a service Technician after 28 years. Curtis enjoyed hunting with his sons, playing with his grandchildren, working in his vegetable garden and he loved to cook with his wife Jackie at Anna’s Restaurant in Narrows.

The family would like to thank Good Samaritan Hospice for caring and loving Curtis in his final weeks.