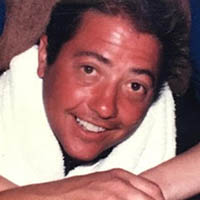 Born to Harvey William (Billy) Carson Jr and Ellen Kate Harman Carson, Caddall graduated from the Blue Ridge School in Saint George, VA and St. Andrews University in Laurinburg, NC. He was retired from James Hardy and also worked for Volvo and Hubbell Lighting. Outside of work, Caddall most often could be found on his beloved family farm with his horse and dogs. His many talents and skills included an extraordinary mechanical aptitude, which he used to help friends and family fix almost anything.

In addition to a favorite pastime of restoring vintage farm equipment, he was a military history buff, and an avid outdoorsman, marksman and archer. His natural skills and athleticism were obvious whether he was on horseback, strapped into a pair of skis as part of the ski patrol or deep underwater with a scuba tank on his back. Although Caddall lived most of his life in Pulaski and always called it home, his passion for boats, diving and the ocean led him to perhaps the most treasured part of his life, working for several years as a PADI Scuba Instructor and Dive Master in South Florida and the Bahamas. Upon his return to Pulaski, he taught scuba diving through the YMCA, starting his students in the pool, moving to the river and completing their training at one of his favorite places, Ginnie Springs, Florida. He also volunteered as a diver for the Pulaski County Rescue Squad.

Caddall is especially treasured for his sense of humor. A typical example: Giving the family squirt guns and encouraging a battle with no one realizing his was the only one loaded with water until the battle commenced.

Caddall will be deeply missed and fondly remembered by his many friends and family. He is survived by two sisters and their spouses, Noel Carson and Daniel Porter of Floyd, VA, Shannon Carson and Gary Terpening of New York, NY, as well as niece Shannon Porter and her husband Kyle Miller of Gastonia, NC and nephew Kiah Porter of Waynesboro, VA.

Service is delayed because of the pandemic. Arrangements to be announced at a later date through Seagle Funeral Home. Donations may be made in his name to Friends of Claytor Lake or the New River Conservancy.