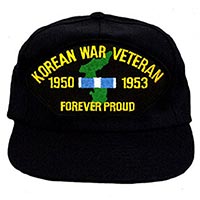 William Doug Johnny Carroll age 75 of Radford, passed away Sunday, May 10, 2009. He was an employee of Burlington Industries for over 35 years and a U. S. Navy veteran having served during the Korean Conflict.

He was preceded in death by his parents, Willie and Myrtle Phillips Carroll, and his wife, Joann Sifford Carroll. Survivors include two sons, Jeffery Wayne and Michael Anthony Carroll, both of Radford; a daughter, Kathryn Lynn Fox of Radford; a special grandson and his wife, Kevin and Ginger Carroll; grandchildren Joseph Carroll and Christy Carroll; two brothers and sisters-in-law, Clarence Boo and Della Carroll, and James and Maxine Carroll, both of Radford; a sister and brother-in-law, Sue and Lynnwood Elkins of Radford; 3 great-grandchildren and several nieces and nephews.

Services will be announced at a later date. The Carroll family is in the care of Mullins Funeral Home & Crematory in Radford.