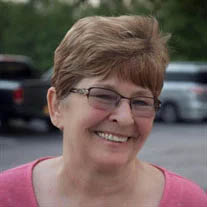 Gloria Anne Parrott Carroll, 72, of Riner, passed away Sunday,December 13, 2020 at her home. She was preceded in death by her mother, Daisy B. Parrott, father, Theodore Woody Parrott, sister, Belva Parrott, and her brother, Charles “Bobby” Parrott.

The family wishes to extend special thanks to Angel and Nicole Cromer Thompson and the 4th floor staff that helped and cared for Anne at Carilion New River Valley Medical Center.

Services will be private. Arrangements by McCoy Funeral Home, Blacksburg.