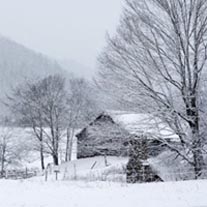 Caroll Bryant Carpenter, 79, of Warm Hearth Village in Blacksburg, left for her eternal home on Sunday August 13, 2006, at Montgomery Regional Hospital. Mrs. Carpenter was a former resident of Fudge Street in Covington.

She was born September 12, 1926, in Alleghany County, a daughter of the late Wilbur and Janie Bryant.

Mrs. Carpenter was an employee of the former Sears Catalog Store in Covington and had retired as a clerk at Alleghany Regional Hospital. She was a member of Chapter 911 of the Women of the Moose, the Alleghany Country Club and First Christian Church.

Mrs. Carpenter is now reunited with her husband, Wando Carpenter, who preceded her in death in 1999.

A funeral service will be conducted Wednesday at 3 p.m. in the Arlitt Funeral Home Chapel with the Rev. Bill Gilliland officiating. Interment will be in Alleghany Memorial Park.

Friends may pay their re­spects anytime at Arlitt Funeral Home. The Family will receive friends one hour prior to service time on Wednesday.