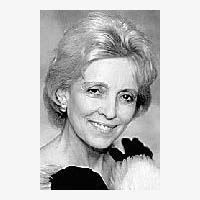 Lois P. Carden, 61, of Chester, Va., died Friday, May 18, 2007, at MCV/VCU Medical Center, Richmond. Born in Radford, Va., she was the daughter of the late Jesse and Robie Shepeard Price. She was a member of Calvary Baptist Church in Prince George, Va.

Funeral services will be held Monday, 1 p.m. May 21, 2007, in the Colonial Heights Chapel of the E. Alvin Small Funeral Homes & Crematory, 2033 Boulevard, with Pastor Mark Jordan officiating. Entombment will follow in Bermuda Memorial Park, Chester. The family will receive friends from 3 to 4:30 p.m., Sunday afternoon at the funeral home. Condolences may be registered at www.ealvinsmall.com.