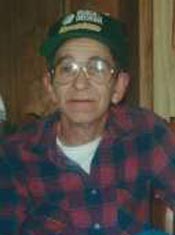 Arnold Lee Carbaugh, Sr., 72, of Narrows, departed this life Tuesday morning March 18, 2014 at his home in the loving care of his family and hospice. Born on January 8, 1942 in Eggleston, he was a son of the late Robert Oakley and Rosie Kanode Carbaugh. He was retired from the Celanese Plant at Narrows with 36 years service. He was preceded in death by his parents and his brother R C Carbaugh. He leaves to cherish his memory his wife Ruth Hilton Carbaugh; his son Arnold L. Carbaugh, Jr. and his fiancé Michelle Blankenship of Narrows; his daughter and son-in-law Sharon and Robby Hart of Narrows; his grandchildren Laken Brooke Carbaugh, Preston Hart, and Trevor Hart; his brother and sister-in-law Calvin and Brenda Carbaugh of Pembroke. his sister-in-law Betty Carbaugh of Fishersville and his spoiled cat “Precious”. Funeral services will be conducted Friday at 2:00 pm in the Kendall Funeral Home, 605 Snidow St., Pembroke with Pastor Eddie Kendall and Brother Tom Gordon officiating. Burial will follow in Fairview Cemetery at Narrows. The family will receive friends at the funeral home Thursday evening from 6 to 8 pm. Online condolences may be sent by visiting kendallfuneralhome.com.