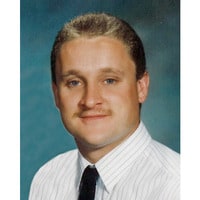 Steven Daryl “Steve” Canterbury, age 54, passed away on Monday, January 10, 2022, at the Carilion Roanoke Memorial Hospital in Roanoke, VA. Born November 21, 1967, in Peterstown, WV, he was the son of Sylvia Mann Canterbury of Bozoo, WV, and the late Thomas D. “Tommy” Canterbury.

Steve worked in construction and was a millwright for Brown & Root. He was a beloved son, father, grandfather, brother, and friend.

In addition to his father, he was preceded in death by his grandparents, Finley and Erma Canterbury, and Jack and Phyllis Mann. In addition to his mother, survivors include two daughters, Brittani Ratcliffe and husband Jeffrey of Newport, VA, and Taylor Butler and husband Josh of Narrows, VA; one sister, Lisa Mustain and husband John of Pearisburg, VA; two granddaughters, Maci and Emeree Ratcliffe; the mother of his daughters, Janet Martin; one nephew, Jason Ballard and wife Catherine of Pearisburg, VA; special aunt, Joyce Sutphin of Peterstown, WV; special uncle, Jimmy Canterbury of Peterstown, WV; special friend, Paula Mann Lane; and his beloved dog, Gator.

Due to COVID, it is recommended that anyone attending the visitation and/or funeral services wear a mask.