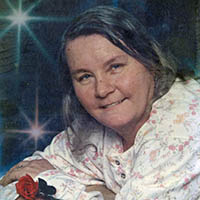 Linda Carol Canterbury, age 58, passed away on Tuesday, November 17, 2020. Born January 9, 1962, in Pearisburg, VA, she was the daughter of the late Richard S. “Witty” and Dorothy Helen Carrell Canterbury.

Linda was of the Baptist faith. She was a homemaker and a beloved mother.

In addition to her parents, she was preceded in death by one son, Michael Bowling; and one brother, William “Billy” Canterbury. Survivors include her son, James Canterbury of Lindside, WV; and three nephews.

In keeping with Linda’s wishes, she will be cremated. A memorial service will be held at a later date. Online guestbook can be signed or condolences may be sent to the family at www.broyles-shrewsbury.com. Arrangements by Broyles-Shrewsbury Funeral Home, Peterstown, WV.