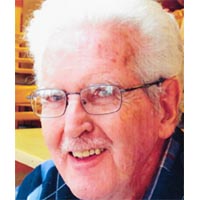 Hilbert Haynes Campbell, 84, departed this world peacefully at home with his wife beside him on December 21, 2018. “I have fought the good fight, I have finished the race, I have kept the faith.” (2 Tim. 4:7).

Hilbert was born on November 8, 1934 to Elzie and Hessie Campbell, at Hico, West Virginia. He was preceded in death by his parents and his first wife, Patricia Fannin Campbell. He is survived by his wife Carol Burruss. He would tell anyone who would listen that Carol and he went to elementary and high school together and it took him over 50 years to get her to marry him, and then he would add, “She is the best thing that ever happened to me.”

Hilbert joined the Navy shortly after graduating from high school in 1952 which made him eligible for monies from the Korean GI bill to attend college, He attended Marshall University where he graduated in two and a half years at the top of his class. With a scholarship, He received his Masters’ Degree at Marshall University where he taught for a few years and was fortunate to get a Grant from the Danforth Foundation which paid for his 4 years at the University of Kentucky where he was awarded his PhD in English and Philosophy. He came to Virginia Tech in 1967 and was an English Professor there for 30 years, chairing the English Department more than once. As an administrator he was widely known within the university for his fairness and for his encouragement of young faculty. He published numerous scholarly books and numerous articles during his literary career.

Hilbert faithfully attended Cambria Church in Christiansburg for the last 14 plus years where he was a member of the Robert Crawford Fellowship Class.

The family would like to express their gratitude to their angel, Helen, for her TLC these last two months as well as the Hospice nurses of the Carilion Clinic, NRV.

Following a private burial, a memorial service will be held at Cambria Baptist Church in Christiansburg on Thursday, January 3, 2019 at 11:30 am with the Rev. Dr. Thomas Harvey and Rev. Keith Crowgey conducting the service. A luncheon will be served in the Fellowship Hall immediately following the funeral. McCoy Funeral Home in Blacksburg is in charge of arrangements. In lieu of flowers, Hilbert has requested that memorial contributions would be appreciated to the H.E.L.P. Fund at Cambria Baptist Church, 1310 Cambria Ave., Christiansburg, Va. 24073, or to the Heifer Fund, ℅ Robert Crawford Fellowship Class at Cambria Baptist Church. Online condolences may be made to www.mccoyfuneralhome.com.