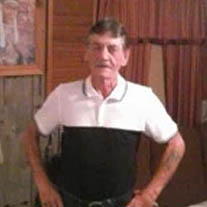 Petey was a true jack of all trades and could do anything he put his mind to. But Petey was best known for being a master concrete finisher. Petey was a perfectionist in many ways and that always showed through his work. He was well known for his elaborate and skilled stamped concrete work.

Petey had one true love over the last few years and that was his beloved motorcycle. That was one of most prized accomplishments and he loved to show her off. His son Paul recalls that his dad left his bike at his house overnight once. And made sure to call Paul back later that night, wanting him to go outside and cover his “girl” up.

Petey had a deep rooted love for racing. It brought him the most joy in watching his sons race go karts and later watching and building cars with his son Paul. Petey loved to talk about their racing journeys and was truly proud of his son Paul’s accomplishments. Petey was right there with Paul nearly every step of the way in many facets of his racing career.

Petey was truly a transparent man, what you saw is what you got. He was who he was and he wasn’t ashamed of that fact. He played hard and he loved even harder. His heart was truly bigger than he was and he would in fact give you the shirt off of his back. Petey wasn’t afraid to give his opinion or express why he was right and that’s how you should think too! Petey was his own drummer, director of his own life, follower of his own path and as headstrong as any one person could be. And with all of those qualities or even faults as some may see it, Petey was loved truly for who he was. And that love and admiration will never cease among the ones that loved him the most, but most importantly who he loved the most.

Interment to follow in the Caldwell Family Cemetery, Blacksburg, Virginia.