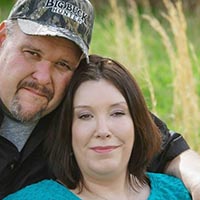 The family will receive friends from 12-2:00 pm prior to the service at the McCoy Funeral Home 150 Country Club Dr. SW, Blacksburg