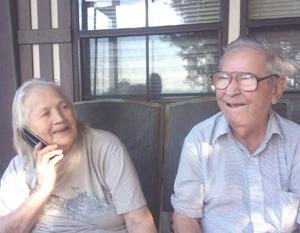 Annie Howard Caldwell (82) and Samuel Richard Caldwell (91) went to be with the Lord on Friday, April 17, 2020, due to health complications. They were preceded in death by their parents, Charlie and Nellie Howard and Henderson and Lilly Mae Caldwell as well as brothers and sisters on both sides of the family.

Due to the COVID epidemic services will be privately held Thursday, April 23, 2020 with Pastor Josh Graham and Pastor Lee Sarver officiating. Family requests in lieu of flowers donations be made to Horne Funeral Home in Christiansburg.