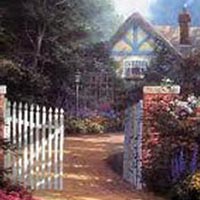 John Edward Cain Jr., 62, of Christiansburg, passed away Monday, May 12, 2008. He was the son to the late John Sr. and Edna Woolwine Cain. He was also preceded in death by his brother, Larry W. Cain. He is survived by a son, Billy J. Cain; daughters, Cassandra Cain and Stephanie Cain Willis; and three grandchildren, Adam Morrison, Dakota Cain and Kaylee Willis. He is also survived by a special friend, Carolyn Shepherd.

Online condolences may be sent to the family at www.hornefuneralservice.com. The Cain Family is being served by The Horne Funeral Home & Cremation Service, Christiansburg, Va.