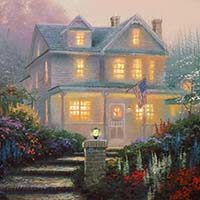 Peggy Ann Cabell, 69, passed away Friday, January 24, 2014 at her home in Radford surrounded by her family. She was retired from Federal Mogul with 33 years of service as an inspector.

Survivors include sons and daughter-in-law, Kenny and Sheila Cabell, and Gary Cabell, all of Radford; daughters and sons-in-law, Melissa and Timmy Gautier of Radford, and Lori and Larry Turley of Christiansburg; brothers, Jackie, Jessie and Ray Estep, all of Yukon, WVa; sister, Lou Muncy of Galax; 10 grandchildren and 7 great-grandchildren.

The family will receive friends Tuesday, January 28, 2014 from 5:00 pm until 7:00 pm at the Mullins Funeral Home in Radford. A memorial service will be announce at a later date.

The Cabell family is in the care of Mullins Funeral Home & Crematory in Radford.