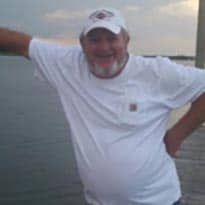 Franklin Eugene Byrum 62 of Pulaski died on Wednesday, February 16, 2022 at his home. Known as “Frankie” by those who knew and loved him.

Frankie spent his entire life as a carpenter. There was always the sounds of hammering and sawing around his home right up until the time of his passing. He could literally take a building that was in shambles and ready to collapse and turn it into a happy and luxurious home. Often he would be seen or heard on his Harley Davidson which was another passion of his.

Preceding him in death is his father; Willie Edward Byrum and mother; Rachel Polk Byrum. He will also be reuniting with his brothers Jeffrey and Rodney Byrum.

At the family’s request, there will be no services. However, you may leave online condolences by visiting www.stevensfuneralhomepulaski.com