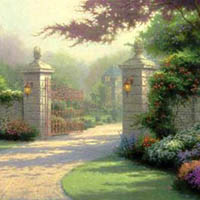 Mark Haynes Butts, 55, of Pearisburg, Va., departed this life early Saturday Morning, January 17, 2009 at Roanoke Memorial Hospital to be with his Lord and Savior, where his pain and suffering will be replaced with joy and prosperity.  Mark was born on June 26, 1953 to the late Luther Haynes Butts, Jr. and Estelle Williams Butts.

Mark graduated from Giles High School in 1971. Following high school, he attended New River Community College and received an Associates Degree in Business Management. He worked for many years at the Commissioner of Revenue in Pearisburg. Mark got to know many people through working at Anna’s Restaurant in Narrows. He was a lifelong member of the Pearisburg First United Methodist Church and an active member of the Narrows Lions Club. Mark thoroughly enjoyed entertaining his family and friends with a wonderfully cooked meal. He had a generous heart and always looked to help those in need.

He leaves behind his mother, Estelle Williams Butts, of Pearisburg; a sister, Teresa Butts Fields and husband, Granville, of Charlottesville, Va.; a niece, Emily Moye and husband, Scott, of Narrows; and nephew, Jeremy Fields, of Richmond; a great-nephew, Colton Moye; and numerous aunts, uncles, cousins and friends.

Funeral services will be conducted Monday, January 19, 2009 at 2 p.m. at the First United Methodist Church in Pearisburg with the Rev. Dr. Brad Scott and Rev. Dr. Fred L. Austin officiating, with burial following in the Birchlawn Burial Park in Pearisburg. The family will receive friends at the Givens Funeral Home in Pearisburg Sunday evening from 6 to 8 p.m. In lieu of flowers, donations may be made to First United Methodist Church of Pearisburg, P.O. Box 400, Pearisburg, VA 24134. Online condolences can be sent to the family at givensfuneralhome.com.