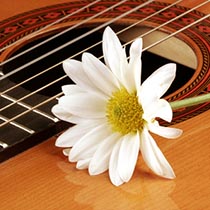 Roger Lee Burress, age 75, of Dublin, passed away Thursday, June 23, 2016. Born April 25, 1941 in Richlands, Virginia, he was the son of the late William Henry Burress and Ocie Lester Burress. He was also preceded in death by a brother, Robert Burress.

He was retired from Bucyrus (Caterpillar) Company, Pulaski with over 30 years of service. He was a veteran of the United States Army.

Roger is known for his love and talent for photography & his music accomplishments. He has written two songs which have been recorded by Hilltop Records and sung by Rusty Stratton & KC Martin. The song titles include “Natural Wonders” & “Simple Old Man”.

He is survived by Wife of 52 years – Romenta A. Burress-Dublin

Funeral services will be held Wednesday 11:00 a.m., June 29, 2016 at the New Dublin Presbyterian Church, Dublin with Pastor Andrew Taylor-Troutman officiating. Interment will follow in the Church cemetery with military honors conducted by the Pulaski VFW Post # 1184.

Visitation will be Tuesday evening from 5:00 to 7:00 p.m., June 28, 2016 at the New Dublin Presbyterian Church. To send online condolences to the family, visit www.bowerfuneralhome.com Bower Funeral Home, Pulaski is handling the arrangements for the Burress family.