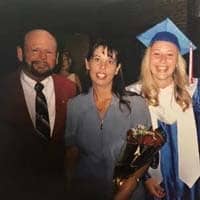 Gerald Loren Burns, 81, of Christiansburg, passed away on Sunday, May 26, 2019. Jerry was preceded in death by his mother, Marjorie Gill Mendenhall; and sister, Ann Meaders.

Jerry Burns was a kindhearted man giving all he could for anyone in need. He enjoyed hunting, being outdoors, and was an avid gun collector.

In keeping with Jerry’s wishes, there will be no public services.