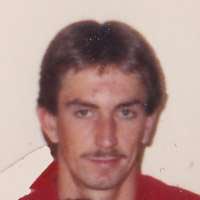 Mark Timothy Burnette, 56, of Pulaski, VA departed this life Friday, March 15, 2019 at his home. Born in Pulaski on October 1, 1962 he was a son of Donald Burnette and Lyda Farmer Hinkle. He was a roofer by trade.

Memorial services will be announced at a later date. The Kendall Funeral Home in Pembroke is in charge of the arrangements. Online condolences may be sent by visiting kendallfuneralhome.com