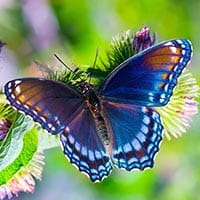 After graduating from Blacksburg High School in 1962, Kathy earned her Bachelor’s Degree in music from Mary Baldwin College in 1966 and her Master’s Degree in humanities from Hollins College in 1976. She was employed as an Elementary Music Teacher in the public schools of Montgomery County (1967-68 and 1970-73) and of Virginia Beach City (1968-69). A member of Blacksburg Presbyterian Church since 1957, Kathy served two tenures as Organist and retired as Associate Organist in 2000. After retirement she continued as substitute organist and as a choir member. Kathy taught piano and organ in her private studio in Christiansburg (1973-84) and in Blacksburg (1990-2012). Her professional memberships included The Virginia Music Teachers Association (Highlands Chapter President, 1993-95), The American Guild of Organists (Virginia Highlands Chapter, Sub-Dean 1993 and Newsletter Editor 1984-86), The National Guild of Piano Teachers, The Organ Historical Society, and the Southeastern Historical Keyboard Society. Kathy was a tutor in English as a Second Language for Literacy Volunteers and served as an ESL teacher in the Worksite Literacy Program at Rowe Furniture Company 2002-2004.

Kathy found great joy in performing, teaching, and tutoring and also enjoyed speaking Spanish and watching foreign-language films. She married Harold Burkhart June 12, 1971, and they enjoyed extensive international travel together, including a sabbatical year in New Zealand (1976-77). During that year Kathy continued pursuing her passion for music and teaching by establishing a private piano studio in Rotorua and guiding a class of beginning students through their initial year of instruction.

McCoy Funeral Home is in charge of arrangements.